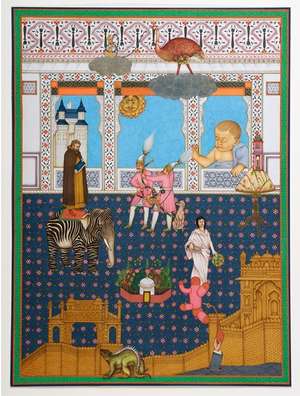 The crumpling and subsequent straightening out of the paper invokes a cathartic release in Praveen’s works titled, Discovered Lines Turned as Maps, Shapes, Forms, and Boundaries. The act of scrunching immediately explodes the two dimensionality of the paper plane, creating a sculptural form that resembles rocky terrain, and the creases – which are highlighted in pen – become boundaries; enclosing spaces. The “maps” displayed in the show are neither political nor geographical, instead they speak of the way in which lands are broken and portioned with intentions of division and proprietorship. These maps of unspecified territory, Praveen states, are metaphors of life. Quite like how the human charts unknown territory, not knowing what the next moment has to offer, Praveen’s crumpled papers reveal new lands.

Maripelly Praveen Goud graduated from the Faculty of Fine Arts, MSU of Baroda and is an INLAKS Foundation Fine Arts Awardee (2012). He has exhibited extensively across the country. Praveen lives and works in Vadodara. 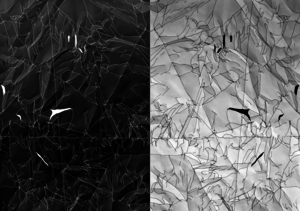 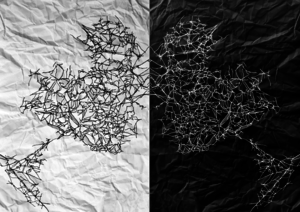 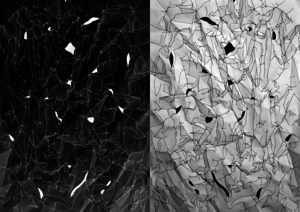 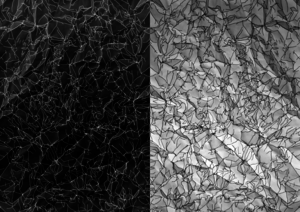 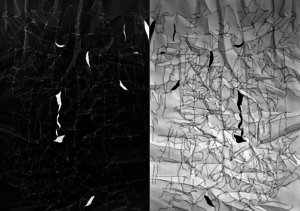