“A dense, artistic kind of imperfection stimulates your consciousness, keeps you alert… a certain type of perfection can only be realized through a limitless accumulation of the imperfect.” – Haruki Murakami

Mansi’s art practice revolves around the idea of change, which is seamlessly evident in her process, subject, concept and choice of medium. She is interested in biomorphic elements, the evolution and decomposition of natural elements, and physical manifestations left by the vagaries of time. The repetition of a single form, monotonous mark making, plays an important role in her work. Mansi believes that marks reside in everything including lines, shapes, forms, textures, and colors. The mark of a color or texture is not a metaphysical one, it has to do with its material, its application and the spaces where it is used. The ‘marks’ she contemplates include not only visual and tactile references, but also the reactions and subconscious memories that they trigger in an individual. She predominantly explores mark making on the human skin. In this context, we are familiar with tattoos, which originally found purpose as religious markings on human skin but are now used extensively for physical ornamentation. When Mansi deals with the human body, her marks begin with a simple form, but steadily gain complexity through repetition. The ‘marked’ part of the body sometimes neglects and at times highlights the idea of ‘beautification’ of the body that we are so obsessed with. 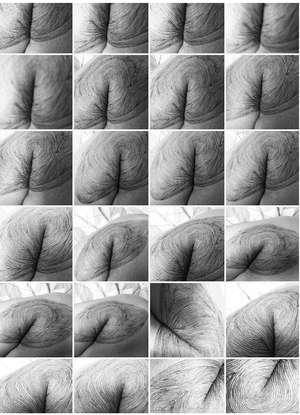 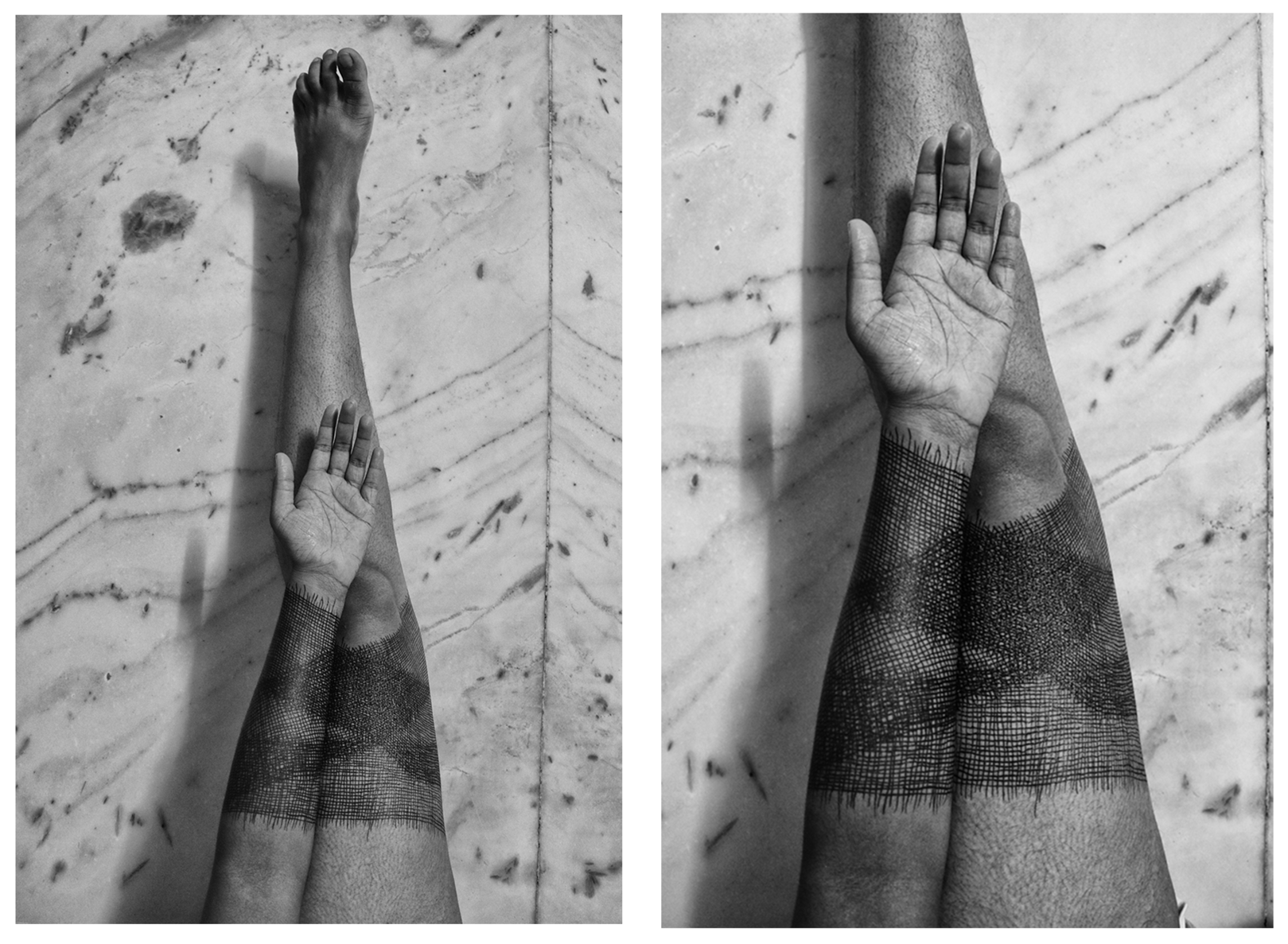