Rushabh’s works emerge from the local and addresses the universal. The work featured in this show, titled The Makers’ Archive, is part of a series, called Unearthing the Corpses I. These tools of manual labor represent an entire class of ‘makers’ or professionals of this field. In the perception of others, their identity is entirely represented by their tools. With prolonged use, tools get distorted due to external pressure and are eventually rendered useless. Rushabh draws a parallel between the lives of these tools and their wielders, in that both seem to have no other perceived use, and are easily discarded if they are unable to endure and adapt to external pressures.

This display is a sculptural archive of tools wherein they are viewed as showpieces. It highlights a flexibility in their function which is otherwise unnatural to these materials. As symbols for the ‘makers class’, the tools remind viewers of the flexibility and endurance that this group of people require for their survival. The work begs the viewer to look beyond the false certainty of function and appreciate their individual histories, identities, and human context. 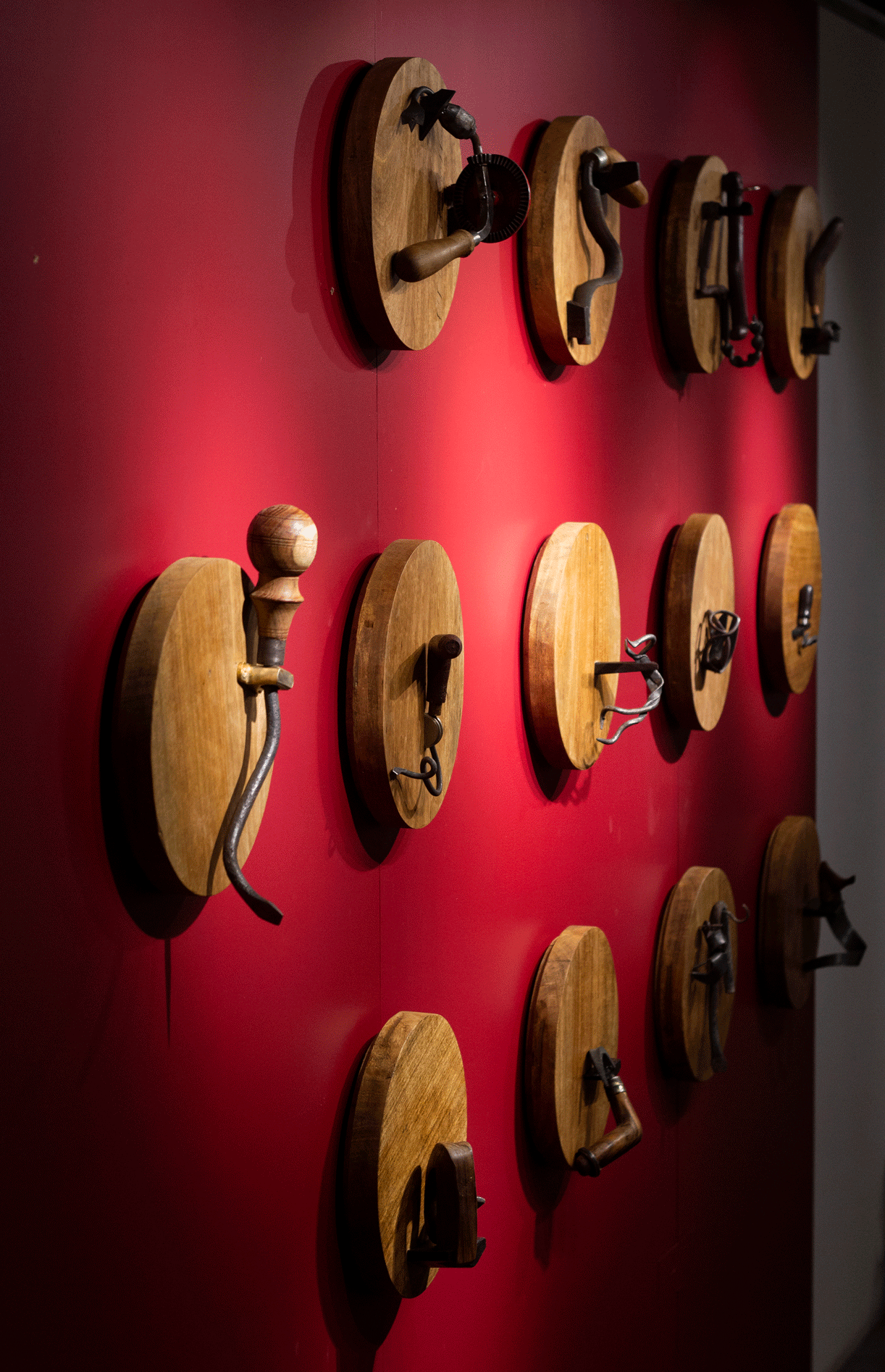 Maker’s Archive from Unearthing the corpses, 2019