Veer Munshi’s works evoke a profound empathy in their renditions of the bitter nostalgia of what was and has become of Kashmir; a home that he was forced to leave in 1990. Instead of visual pleasure, the purpose of his art is to use the language of painting as a medium of expression for his experiences as an exiled refugee. Munshi is an interdisciplinary visual artist based out of Delhi. He studied painting from M. S. University in 1981.

He has completed numerous solo shows nationally and internationally including ‘Encounter’ at Art Alive and India Habitat Centre New Delhi (2006), at E C Galleria, Edinburgh Scotland (1997), Gallery Burswood in Perth, Australia and at the United Nations, Geneva, Switzerland (1996). Munshi’s has worked relentlessly over the past two decades and earned awards such as best designed tableaux in 1997, 1999 and 2002; National award from Lalit Kala Academy, New Delhi (2002), J&K State Award for painting (2001), a Junior Fellowship from Government of India (1996-98) and Research Grant Fellowship from Lalit Kala Academy, New Delhi (1991-92). He has also been honored by the Vichar Manch, New Delhi, with Krishan Ju Razdan Purushkar in 2003. 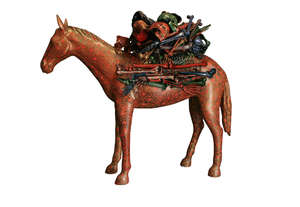 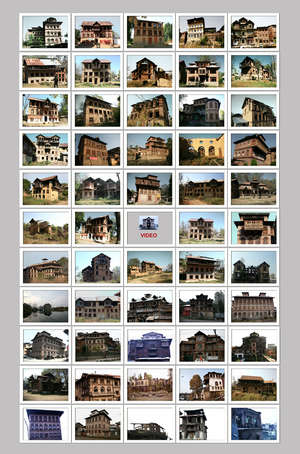 From Pandit Houses, Photographs and Video